Skip to content
Posted April 26, 2020 by Writer Traveler Human Being 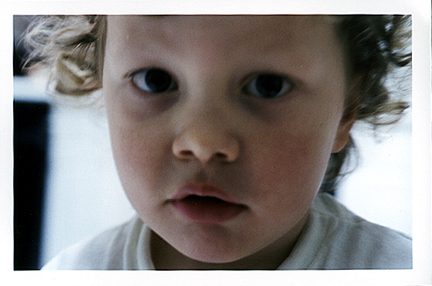 I was frightened. Ten seconds earlier, I couldn’t have predicted that I’d be standing in my towel, hair dripping wet on the floor, defending myself to a couple of officers. There’s nothing quite like having San Francisco Police Department’s finest on your doorstep.

Jackson had been having a tough time falling asleep and was up late that night. We hadn’t lived in that apartment long, maybe a couple of months, so he was about three years old. He was generally a great sleeper and I would put him down without incident, but that night he resisted and wouldn’t stop wailing. I was exhausted and desperately in need of a shower, so I told him he could sleep in my bed which seemed to calm him down. I tucked him in and told him I was going to take a shower, and that he needed to close his eyes and go to sleep, pronto. Normally, I would shower after he fell asleep but it was a damp November night, I’d had another crappy day at work, and I couldn’t wait any longer. I gave him a kiss on his tangled head of curly blond hair and said goodnight.

I had just turned off the water when the doorbell rang. I popped my head out the bathroom door and said “Just a minute!” while I put a towel around me. I was about to pull on some sweatpants when the doorbell rang again, along with an urgent knocking. I hurried down the hall to peer through the peephole and saw two policemen, immediately sending a palpable wave of fear through me. How quickly my brain worked, thinking of all the terrible news they could be delivering. My stomach started churning before a word was spoken.

“We’re here to check on a disturbance that was reported. Anonymously,” the first officer stated. I don’t remember them saying their names but I told them I had no idea what they were talking about, that I’d clearly just gotten out of the shower.

“Do you have any children in the house?” officer number two asked.

“Yes, my son. But he’s sleeping.” My bedroom was right off the front entrance. The door was open and there was Jackson, sitting up in bed, staring at the men with guns holstered to their hips. One of the policemen turned on his flashlight and shone it into the dark room, onto Jackson’s red, tear stained face.

“Are you alright in there little guy?” asked officer number one.

Jackson just stared at them like a literal deer in headlights. I told them he was fine, that he’d just had a hard time going to sleep. They informed me that a neighbor was concerned for his safety, as he’d been “screaming and crying for 20 minutes.” Twenty minutes? I hadn’t taken a twenty minute shower in years. Although maybe I’d lost track of time in there… dreaming.

“Has there been any hitting going on tonight?” Officer number two asked this in a conversational, almost friendly tone. As if to appear like someone I’d be at ease with, and admit to hitting my son. I knew I hadn’t, but was suddenly terrified at the notion they thought I had. Once he laid out the allegations, the pit in my stomach grew to encompass my intestines and I immediately needed to use the bathroom. They were looking at me as if I’d abused my child. That look of disdain. And Jackson was too little to say anything convincing without also crying because at that point, I believe he was more afraid of the two big uniformed men at our door.

I realized that my breath had quickened and I could feel my heart pounding in my throat. I held the knot of my towel tighter to appear that I had my composure about me, while inside my tightening stomach and twisting bowels were doing battle. I’d watched too many crime shows on television and knew that real panic in this moment wouldn’t serve me. I calmly and quietly asked, “Is there anything else?” They said something about being “better safe than sorry” and began walking to their car.

I closed the door and ran for the bathroom, barely making it in time. Two seconds later, Jackson began to cry, and so did I.

Writer Traveler Human Being View All →

© Christine O'Donnell and tryagainfailagain.com, 2015. Unauthorized use and/or duplication of this material without express and written permission from this site’s author and/or owner is strictly prohibited. Excerpts and links may be used, provided that full and clear credit is given to Christine O'Donnell and tryagainfailagain.com with appropriate and specific direction to the original content.
Loading Comments...
Comment
×
%d bloggers like this: