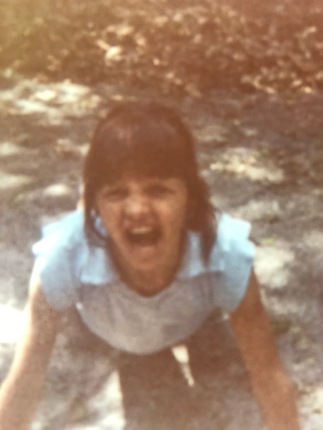 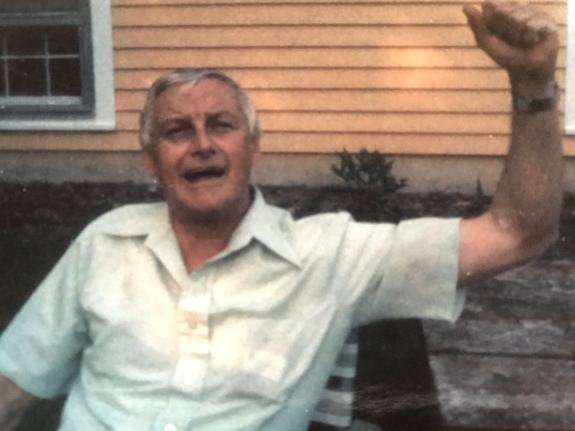 Today is my 50th birthday. Many people reach this age and start thinking about their bucket-list. A sense of urgency creeps in with the realization that there are only so many vacations left, books to read, friendships to make, and adventures to have before it’s all over.

I’ve decided to share my reverse bucket-list, or things I’ve done. I’ll do so by way of stories but also a few ramblings. Maybe I’ll also write a poem or sing a song, who knows? Some will be polished and some will be off the cuff. I hope you forgive the format and enjoy the content.

Every Sunday, for the next fifty (50) weeks, I’ll do my best and aim to get better as I go along.

When I was 12 years old, my father taught me how to throw a punch with a roll of quarters. We were living in suburban southern New Hampshire, on a cul-de-sac with a dozen families. The neighborhood kids all played together – games of hide-and-go-seek and tag, ice skating on the small creek behind the houses, riding bikes up and down the street all summer long, and also: football. While I played the game every weekend on my next-door neighbor’s lawn, the only thing I have ever known about football is that you want your team to have the ball, and you want to run as fast as you can to the other side of the field. Period. This wasn’t the NFL, it was basic neighborhood tackle football.

One Sunday afternoon, I’m heading out to play and I see all the boys already in a huddle. I run over to get in but they’re tight and laughing while one of them is telling a story. Turns out Tommy Nicholson heard from Eddie Sullivan* that I was ‘easy.’ For a brief moment, I thought this had something to do with the game but then he went on to say that Eddie had ‘felt me up’ and that I was ‘looking for it’ so any of the boys could ‘do it’ with me. My cheeks started to flush and I felt a weird pit in my stomach. I didn’t understand what this all meant but clearly, they must have, because they kept laughing when they turned and saw me there. I ran home with shameful tears and told my Dad what happened. He didn’t say a word but immediately put out his cigarette, put his shoes on, and walked out the front door. I realized too late that he was going to have a word with the boys, so I stood by the living room window and watched, holding my breath and feeling the urge to pee. When he came back inside, he walked toward his bedroom and yelled for me to meet him on the back porch. I thought he was angry at me because I wasn’t always an easy kid. I was super curious and that generally meant trouble. But when he came out with a roll of quarters in his hand, I was just confused.

“Just throw a punch at me!”

So I did. He caught my fist mid-air and said “Good, now try it with this,” and handed me the quarters. My hand wasn’t big enough to conceal the full roll but I knew instinctively that I could deliver more hurt with this in my swing.

“You have to protect yourself now. Understand?”

The added weight gave me confidence and I swung hard. He stepped back to miss me but my knuckles skimmed his beer belly and he let out a yelp. (This wasn’t the first time I’d accidentally hurt my Dad – when I was about four years old, I jumped up to kiss him goodnight and broke his nose. But that’s a story for another day.) Then he smiled and left me to go inside and light up a cigarette.

The real problem with Eddie Sullivan spreading rumors about me was that my mother was friends with Eddie’s mom. She was a real scary lady who was in a perpetual state of sweating, and carried a tall glass of iced tea everywhere she went. They lived across the street from my best friend Laura, and Eddie was a few years older than us. While I thought it was cool that my Dad taught me that secret punch, I knew that I wasn’t going to be carrying around a roll of quarters all the time. So, later that week, when my friend Laura and I were sitting on her front lawn and Eddie was in his driveway greasing his bicycle chain, we had an idea.

“Hey Eddie,” we yelled. “Wanna see something?” We giggled and lifted up our shirts, just past our belly buttons. He looked at us with that pubescent boy face – awkward and excited – and put down his WD-40.

“Lemme see again!” he hollered. So I took the bottom of my t-shirt and twisted it up to tuck between my non-existent breasts. Laura and I stood up and did a little dance.

“Why don’t you come a little closer, Eddie?” I asked, more quietly. He crossed the street and approached us. Laura whispered in my ear, then disappeared inside.

We stood there for a moment, Eddie and I. He wasn’t a bad looking guy, blond, kind of freckly.

“Come on, you gonna show me some more?” he asked while taking a step closer.

“Maybe…” I put my hands on his shoulders.

Then with all the might of a 12-year-old girl done wrong, I kneed him in the balls. He fell over instantly, crying and writhing. I’d never intentionally inflicted pain on someone and I felt awful, of course, but oddly satisfied at the same time. I wish Eddie was the last guy who ever said or did an unkind thing to me, but he was just the beginning. So I’m grateful my Dad taught me to protect myself, because no one else could – even if he wanted to.

After Eddie crawled his way home, his mother called my mother and there were words. I’m not sure what they consisted of but you can bet your ass I kept playing football after that (until I got boobs and then it was all over.)

*names have been changed to protect the ego

© Christine O'Donnell and tryagainfailagain.com, 2015. Unauthorized use and/or duplication of this material without express and written permission from this site’s author and/or owner is strictly prohibited. Excerpts and links may be used, provided that full and clear credit is given to Christine O'Donnell and tryagainfailagain.com with appropriate and specific direction to the original content.
Loading Comments...
%d bloggers like this: